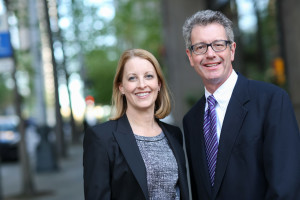 Attorneys Deborah Nelson and Jeffrey Boyd have been named Washington 2016 Super Lawyers. Each year, only 5 percent of the lawyers in the state receive this honor.

The selections for this esteemed list are made by the research team at Super Lawyers, which is a service of the Thomson Reuters, Legal Division based in Eagan, Minnesota. Each year, that team undertakes a rigorous multi-phase selection process that includes a statewide survey of lawyers, independent evaluation of candidates by the attorney-led research staff, a peer review of candidates by practice area, and a good-standing and disciplinary check.

In 2003, Ms. Nelson was the first lawyer on the North Olympic Peninsula to receive the Super Lawyer honor. She has received this prestigious award every year since 2003. She is a past president of the Washington State Trial Lawyers Association (now the Washington State Association for Justice) and a past president of the Council of Presidents of the American Association for Justice. She received the Distinguished Service Award from the Clallam Pro Bono Lawyers, was twice selected as “Best Attorney in Clallam County” by a Peninsula Daily News readers’ poll, and has been named a “Woman of Distinction” by Soroptimist International Noon Club. She is a frequent speaker and author on insurance coverage.

Mr. Boyd is a member of the Board of Governors of the Washington State Association for Justice. He is licensed to practice law in both Ohio and Washington. He is also national trial consultant and owner of Boyd Trial Consulting. He received his undergraduate degree at Kent State University and his law degree from The Ohio State University College of Law. Mr. Boyd moved to Washington in 2009 and has been named a Super Lawyer every year since 2012.

Ms. Nelson and Mr. Boyd are based in Seattle and also practice law in Clallam and Jefferson counties. They focus their law practice in the areas of personal injury, insurance coverage, consumer class actions, and legal malpractice. 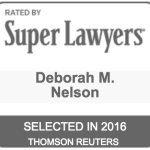 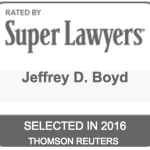