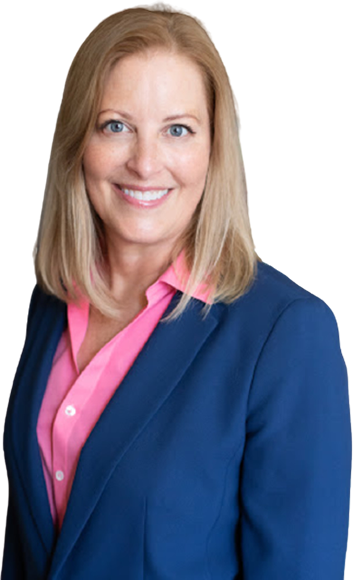 Download Bio
Home > Who Are We? > Deborah M. Nelson

Find Me Here Too

Deborah has written and lectured locally, nationally, and internationally on a variety of legal subjects including traumatic brain injury, insurance law, litigation, legal malpractice, and personal injury practice. More importantly, Deborah is known for her compassion, attention to detail, and deep commitment to her clients, who describe her as “outstandingly smart,” “wonderful and caring,” “honest,” and “tenacious.”

Deborah has been named a Super Lawyer by Washington Law & Politics magazine every year since 2003; she was named Best Attorney in Clallam County by a readers’ poll of the Peninsula Daily News, received the Distinguished Service Award from the Clallam Pro Bono Lawyers, was awarded the Woman of Distinction Award by Soroptimist International of Port Angeles (Noon Club), and was named a Notable Alumnus by her alma mater, Georgia Southern University.

Following graduation from law school, she served as a judicial clerk for the Kitsap County Superior Court. She moved to Port Angeles in 1994 where she worked for 13 years before moving to Seattle to become partner at a firm there. In 2009, she formed Nelson Boyd Attorneys with Jeff Boyd. She regularly represents clients in not only the Seattle area, but also Clallam, Jefferson, and Kitsap counties.

Deborah is one of the few attorneys in Washington to practice in the area of complex insurance litigation including long term disability insurance, life insurance, and as “personal” or “excess” counsel to people who are underinsured. In addition, for years, she has represented clients in legal malpractice lawsuits against their former lawyers throughout the state of Washington.

Deborah is an avid road cyclist, runner, and triathlete. She has completed over 15 centuries (100 miles!) on her bike, 3 full marathons, over 30 half marathons, and more than a dozen triathlons. She is a former member of the cycle, marathon, and triathlon teams for Team in Training and raised over $30,000 for the Leukemia & Lymphoma Society to fund research, treatment, and patient services for those suffering from blood cancers. She enjoys fitness, traveling, and spending time on the North Olympic. She is also learning how to speak Swedish.

Why Did You Decide to Pursue the Law?