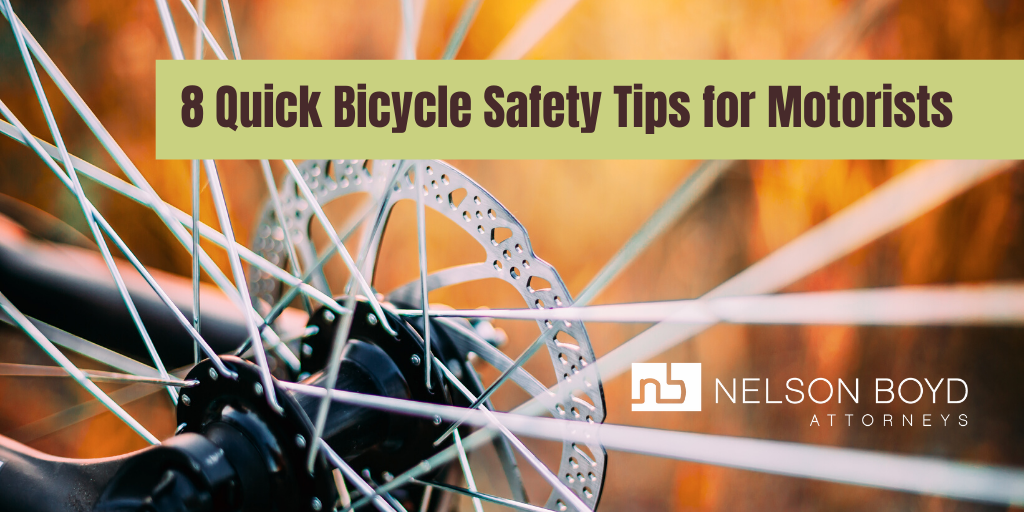 According to the National Highway Traffic Safety Administration, a total of 857 cyclists were killed in motor vehicle crashes in 2018.  All of these deaths were preventable.  Vehicles clearly have the advantage over cyclists in size, weight, speed and maneuverability.  Why then, do so many motorists fail to exercise caution and courtesy when encountering cyclists?  Sure, there are some bad apples out there, but the vast majority of cyclists are fine, law abiding people who are commuting to work, riding for exercise, training for charity rides and just out to enjoy the day.  More importantly, cyclists are fathers, friends, and daughters and there is always someone who is counting on them to return home safely.  Don’t cause a tragedy by failing to heed these important warning tips:

Driving a vehicle is a huge responsibility and the consequences for failing to follow the law and use caution are enormous.  All motorists who have killed or injured cyclists wish it hadn’t happened.  However, once the harm is done, it cannot be reversed.  Don’t find yourself in this situation.  Use caution, exercise patience and be kind to cyclists.