Contact Us Today!
Articles, Equal Pay
What is Equal Pay and Why Should You Care? Deborah Nelson+ January 30, 2017

What is Equal Pay and Why Should You Care?

Although we make up 46.8 percent of the workforce,[i] today women still only earn 80 cents on the dollar when compared to men.[ii],[iii] And that difference really adds up over time. As Lilly Ledbetter—who was shortchanged for 19 years by her employer, Goodyear Tire & Rubber Company—said so eloquently in 2012: “[w]hen we lose 23 cents every hour, every day, every paycheck, every job, over our entire lives, what we lose can’t just be measured in dollars.”

Equal pay is not just a women’s issue; it’s an economic issue. Women make up nearly two-thirds of minimum wage earners.[iv] Women are the primary or sole breadwinner in 40% of households with children under age eighteen.[v] In California alone, if women were paid fairly, an additional $33 billion dollars would flow into the state’s economy, per year.[vi] Paying women what they’re owed would cut women’s poverty rate in half overnight.[vii] All of us, not just women, will benefit when pay equity is won.

Perhaps you’ve heard that the gender gap only exists because women “choose” lower-paying fields, or because women “opt-out” of the workforce to raise children. But a 2016 Cornell University study shows that women’s work is simply undervalued.[viii] As women take over male dominated jobs, the pay drops for everyone. Apparently, “if a woman can do the job, then it must be worth less to society.”

The good news is that equal pay is required by law. If you are being paid less than a male worker doing the same or substantially similar work, you should consult with a plaintiff’s lawyer (whose services are no charge upfront and who is compensated only if and when your case is favorably resolved).

It doesn’t matter whether you believe your employer is intentionally discriminating against you because of your gender: you may have a legal claim even if the difference in pay is unintentional.

These laws are vital to the economic security of women workers. When women workers band together in class actions, a lawsuit can be a very powerful tool to bring about positive change in the workforce (and in society).

Every jurisdiction requires that legal actions be commenced within certain time limits, or the right to sue is lost. Because there is a limited time period to file a lawsuit, quick action is advisable.

If you are being paid less than men in your workplace, add your voice to the chorus of actresses (Jennifer Lawrence, Kerry Washington, Robin Wright and Gillian Anderson) and sports stars (like five members the U.S. Women’s Soccer Team[ix]) and demand equal pay for equal work! 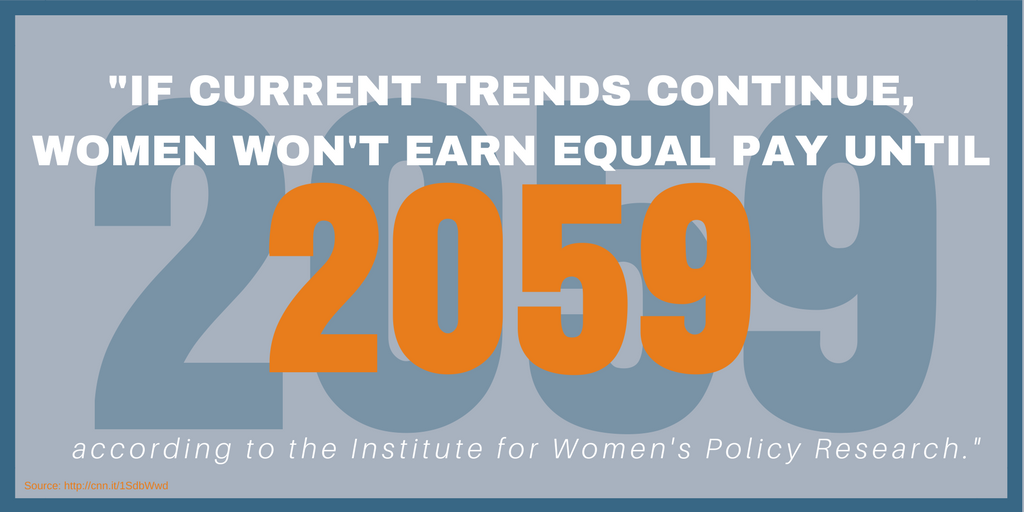 [ii] What is the Gender Pay Gap and Is It Real? The Complete Guide to How Women are Paid Less Than Men and Why It Can’t Be Explained Away, Economic Policy Institute, Elise Gould, Jessica Schieder, and Kathleen Geier, Oct. 20, 2016, available at https://epi.org/112962

[iii] The plight of working women of color is even starker: The average black/African-American woman makes only 60 cents to the average man’s dollar, and the average Latina makes only 55 cents.  http://now.org/leaderdoc/equal-pay-day-social-media-kit-2016/